This is the PERFECT Crock Pot Ham Recipe! It is simple to put together and the results are a delicious ham full of amazing flavor. Keep reading to snag the recipe below.

Cooking the perfect ham is something I think about a lot during any holiday season.

We often eat ham for Easter and Christmas and I always worry I'll end up with a dry, flavorless ham!  Yuck.

So after a lot of trial and error and tweaking of recipes, I have finally come up with the PERFECT Crock Pot Ham recipe!

Seriously, it is that good, that I will call it PERFECT!

This easy crockpot ham recipe leaves the ham incredibly delicious and full of amazing flavor.  And it is not even remotely close to dry!

My recipe is perfect for Easter or Christmas or any time of year that you want to cook ham in a crockpot.  Whether it is a holiday ham or an everyday ham, this crockpot ham recipe is simply amazing! 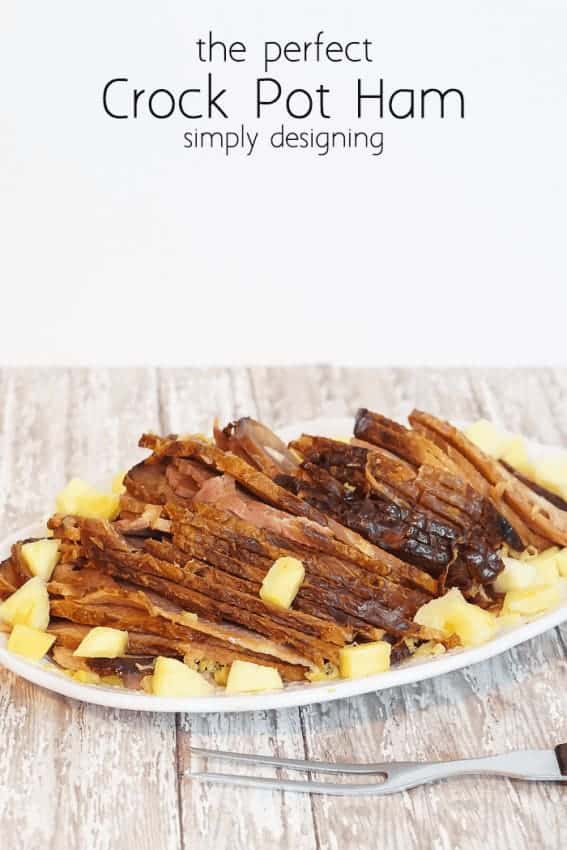 Which ham is better bone-in or boneless?

That is typically a matter of preference, but I prefer a bone-in spiral cut ham!  Because the butcher cuts this ham, it falls off the bone so easily and makes cutting the ham on my end much easier.  However, it is more prone to drying out. But this slow cooker ham recipe will keep a spiral-cut bone-in ham from drying out!

You can make this recipe with a non-spiral-cut ham too.  But then you'll need to do more work to cut it!

How much ham do I need per person?

For a bone-in, spiral cut ham, I like to provide about ¾ of a pound of meat per person if it is the main course.  So an 8-pound ham will serve around 12 people.

For a boneless ham, I estimate about ½ pound per person, so an 8-pound ham would feed closer to 16 people.

I always take into account the actual people I am feeding though.  For example, I typically count my children as a ½ a person (because they eat so little ham) but if I have teenage boys coming, I might count them as 2 people!

How long to cook ham in crock pot

The best thing about cooking ham this way is that you can set it and forget it!  It comes together in just a few minutes, and then you can let it cook a good portion of the day until it is heated throughout.  I typically let my ham cook about 6 hours on low.  This heats it up nicely but does not dry it out!

You do want your ham to reach 140 degrees Fahrenheit so check it before serving!

How to cook a ham in a crockpot

It is actually really easy to cook ham in a slow cooker!  Simply place your ham in your crockpot.  Then pour the pineapple and maple syrup over the ham.  Top with brown sugar and let it cook until heated throughout.

Can I put a frozen ham in a crockpot?

Because ham is such a large piece of meat, it will take a long time to heat up properly in a crockpot.  It is best to let it defrost first, then put it in your crockpot for about 6 hours on low.  If you really want to put a frozen ham in your crockpot, it will probably take at least 12 hours on low heat to cook.  But be sure to check to make sure that it is 140 degrees Farenheight before serving. 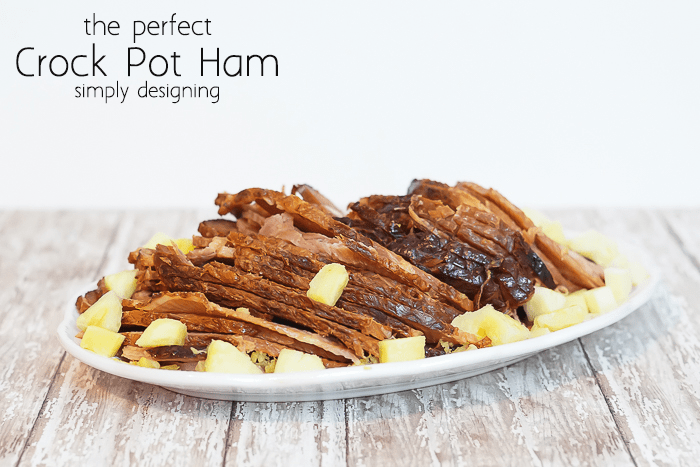 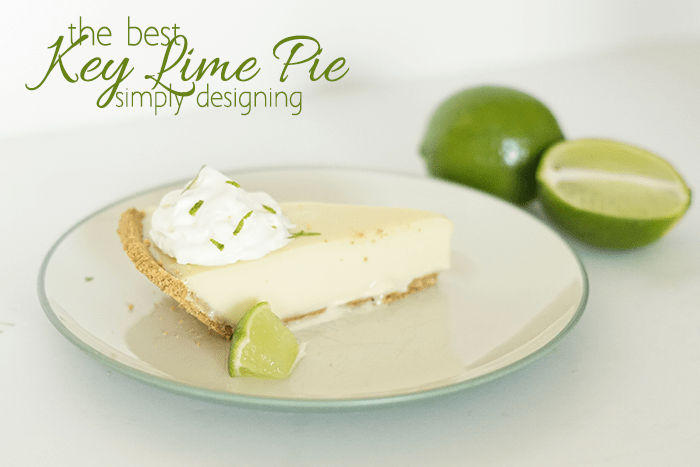 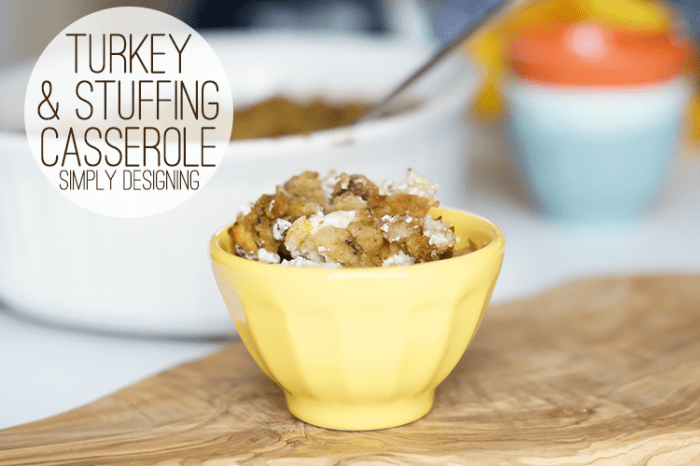 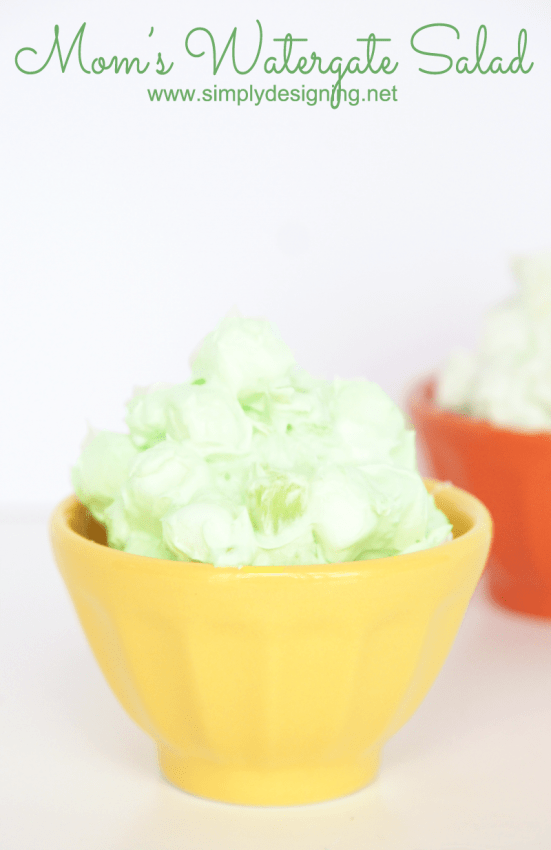 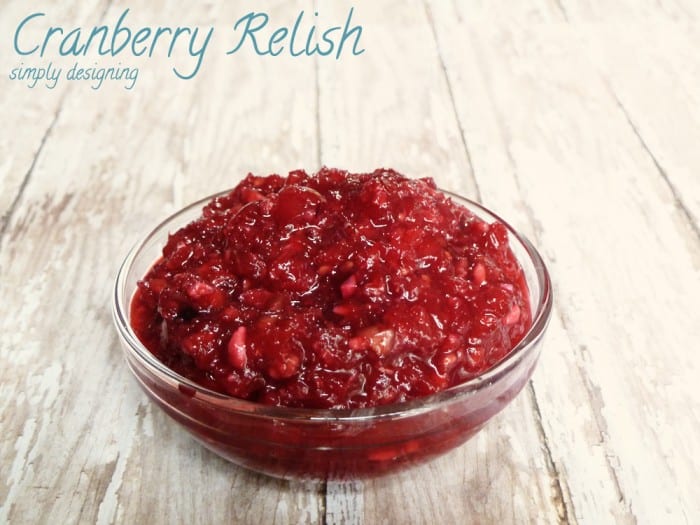 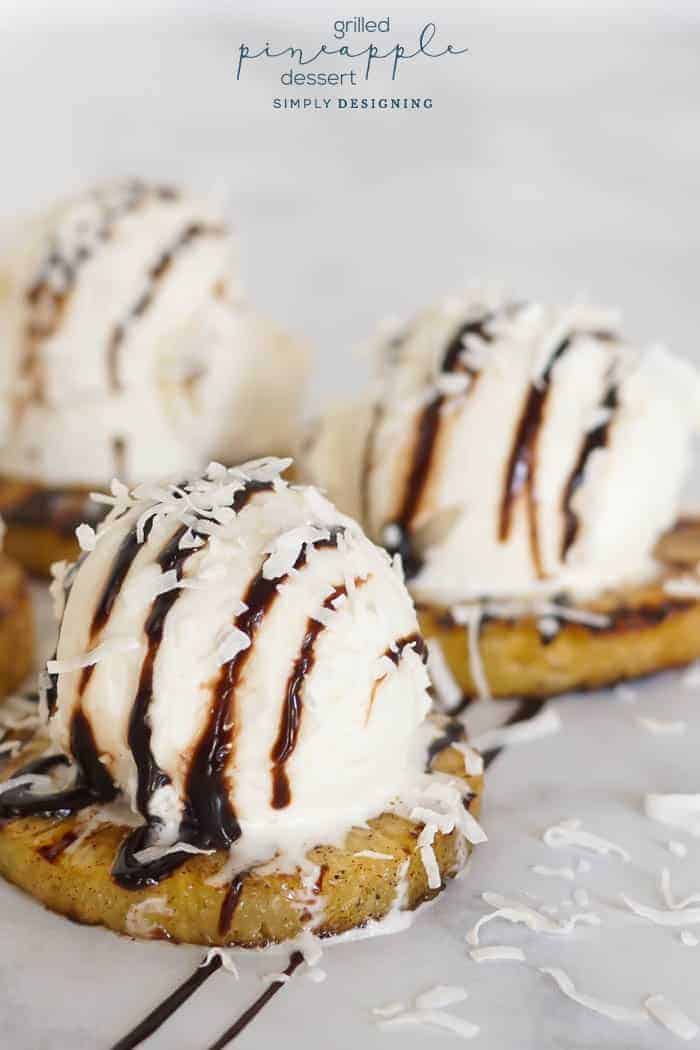 « How to Make Foaming Hand Sanitizer
How to Paint Wood Chairs » 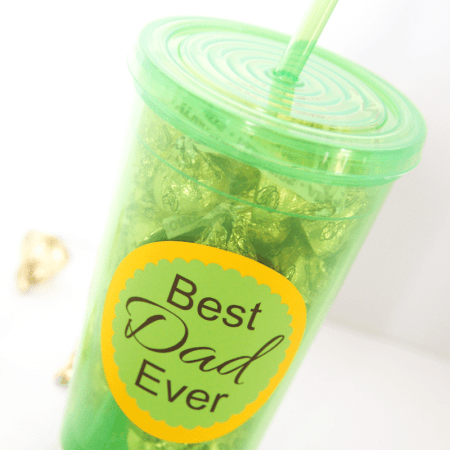 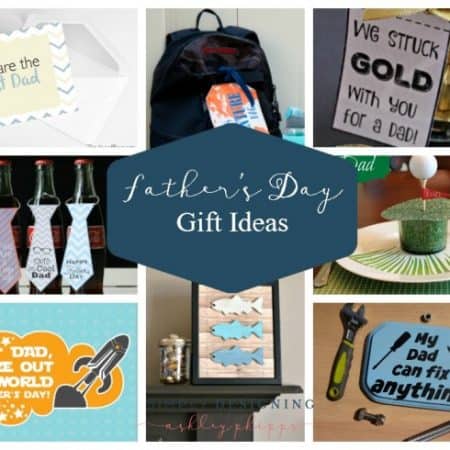